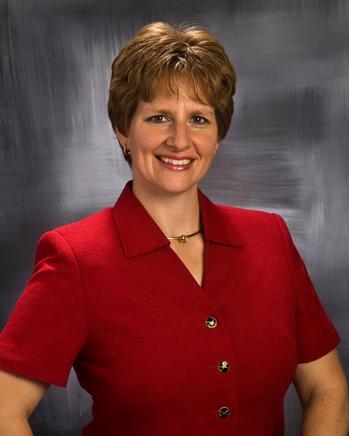 License #: 2006004954
937-206-2655937-342-9995 Email me
From a very young age, Charlene Roberge always had a list of goals. This was no ordinary list consisting of a maid, expensive cars and lots of money. She wanted to swim with dolphins, take a jeep ride through the desert and watch a live hockey game. It was full of the simple things, the happiness things. Her list was long and she was willing to go to great lengths to achieve her dreams. There was never an end to the list, it grew as she grew.
Family and friends were especially important to Charlene as she was growing up. They were the ones who supported her most in accomplishing her goals and dreams. Her mother owned a catering business, and Charlene always enjoyed helping her mother cook in the afternoons after school. She also cherished the time she got to spend with her father, and was the first to help him memorize lines as he worked to become the District Deputy Grand Marshall of the Waltham 5th District Masonic Order. Some of her other greatest memories were helping the foreign exchange students that her family took in and gave housing to while they learned English and went to college. All because of her ambitions and the support of her family and friends, Charlene had been to Spain, London, Sweden, Mexico and Japan before the age of 20. She had even participated in Amigos de las Americas, a program similar to the Peace Corps. But it wasn’t just travel; she had learned to play the clarinet, been water skiing, snow skiing, and tried snowboarding a couple of times. Charlene’s list of accomplishments started to increase, but her list never dwindles.
For every goal that was met, she added at least two more. After being a legal secretary, working as a hotel front desk attendant, and being a destination services coordinator for a great resort, Charlene decided to become a truck driver. While traveling the United States with her chow, Josie, she met all kinds of people and visited as many places as she could, including Canada and Niagara Falls. Family is still very important to her. Charlene and Donovan were married on the beach in the romantic Bahamas, another one of Charlene’s goals (while she was there, she even got to swim with the dolphins). She has 4 wonderful stepchildren, nine grandchildren, and now a huge family of nieces and nephews, brother-in-laws, and sister-in-laws. She takes every opportunity she can to visit her father, her sister, her niece and nephew who all still live on the East Coast. Today, Charlene is one of the happiest people you will ever meet. All because she has chosen a profession that allows her to continually help people. She has chosen to be a REALTOR . She believes that being able to help others meet their goals is just as important as her accomplishing her own. To Charlene, “Success is getting what you want; happiness is wanting what you have.”
To her list of accomplishments she has added, going to Las Vegas to see Siegfred & Roy, holding a snake, owning a bread maker and seeing several live hockey games and more. When Charlene is not spending time helping her clients or being the Broker of Lagonda Creek Real Estate and helping the Agents, she treasures her time with her family, and somehow finds the time to give back to her community. Charlene is a Director of WRIST, member of the Philanthropic Committee for the Springfield Board of REALTORS®, member of the Greater Springfield Chamber of Commerce and sitting on three Zoning Boards. There is no doubt that Charlene has become successful in every aspect of her life, so give her a call and let her show you what happiness is...
Languages: English
Area Covered: Springfield, OH; Urbana, OH; Columbus, OH; Dayton, OH; South Charleston, OH; St. Paris, OH; South Vienna, OH
Awards: 2016 & 2010 REALTOR of the Year for the Springfield Board of REALTORS
Experience: 22

At Lagonda Creek Real Estate, LLC we uphold an ongoing commitment to providing an elevated level of personal service. Our clients come first, and as a result, they are able to achieve more than they ever dreamed with their real estate investment.

Contact us today, for free real estate advice, to find your nearest sales associate or to find your dream home!